The Art of Juggling

troposfera.xyz is a project that reflects on the existence of human beings and their environment through a language of their own circus.

labs.troposfera.xyz is a parallel project that investigates in depth the juggling universe by finding new forms and theories.

Skip to content scroll to discover more back to top MAIL

A YouTube video of diabolo juggler that improvise with flat orbits and north winds, that atmosphere is cold and icy, and there is a tense calm that you can feel.

The diabolo juggler improvises
with flat orbits and north winds,
that atmosphere is cold and icy,
and there is a tense calm
that you can feel.

The diabolo’s spinning
creates a hypnotic effect,
as it moves in and out of the frame,
disappearing and reappearing.

The juggler’s movements are precise and fluid,
and the diabolo seems to dance to an unheard music,
as it is tossed and caught.

The background is a blur of white and blue,
and the diabolo is a bright spot of color
in the center of the frame.

There is a feeling of calm and concentration as the juggler moves
the diabolo through the air,
and the viewer is drawn into the performance.

The diabolo seems to defy gravity as it floats and spins in the cold, still air.
And the juggler’s movements are graceful and sure,
keeping the diabolo in constant motion.

The diabolo is a spinning blur of color,
and the juggler is a master of control.

The performance is mesmerizing,
and the viewer is left in.

This is all about ➞ Flat Orbits

Why we do this content? Because we love it!

LABS How My Head Works Juggling composition while generating music

Do you want some fresh air? You may also be interested in ↴ 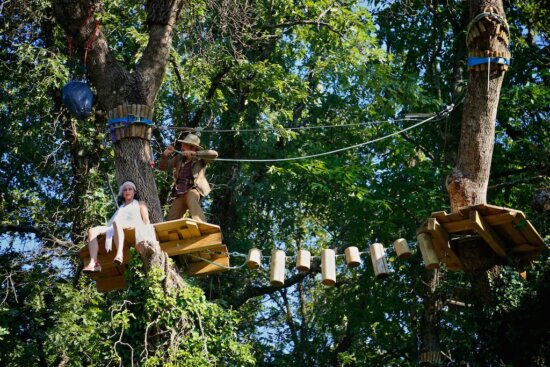